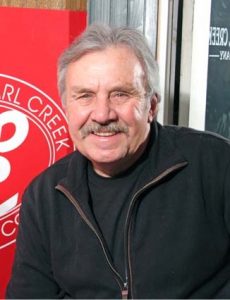 Art was born on the island of “Long” in the years just after the war, making him slightly older than Levittown. He was a complete surprise to his father and mother and everyone else at the Dance Contest.

Blessed with instinctive common sense, Art stopped growing at the height 6 foot 1 since the door to the Bar Mills shop was 6 foot 2.  Upon leaving school & anxious to achieve great things he immediately joined his father’s business – collecting unemployment insurance, but there were problems because Art didn’t have enough job skills for the government to decide what type of work he was out of.

Eventually Art left home to strike out on his own, which is pretty much what he did. He tried his hand at carpentry and welding and then, while that was healing , he tried his other hand at model building. In the hospital recovery room he met Jim Mooney and decided to start his own kit making company.

All these years later Art’s still losing X-Acto knives and gluing his fingers together on a regular basis just illustrating that when you’re around him even model railroading can be a hazardous hobby. 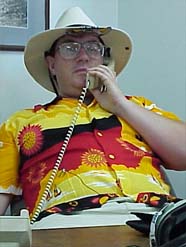 Jim is the voice of sanity, of moderation, and of politically correct sentiments, it’s amazing he gets along so well with Art ! Unfortunately for Art, Jim actually knows a lot about engineering and developing great kits leaving Art often wondering who’s the guy actually in charge of the business !

Jim fancies himself the next Spielberg. But the only people who are calling from Hollywood are Fredericks. Jim is an 8 year old trapped in the body of a 51 year old person, possibly male. Jim thinks Bar Mills could be great, and is constantly pushing for Art to “up” the production standards, “up” the quality of kits, and “up” the pace. Art suggests “Up Yours” ! 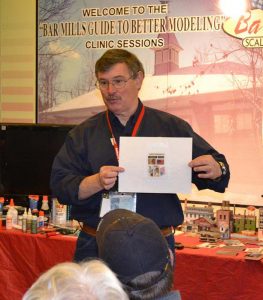 Jack has the down home wisdom of Will Rogers, the rural charm of Garrison Keillor, and about 18 times as much handyman inventiveness as the entire cast of Home Improvement. He is friendly, inventive, cheap, and as honest as the day is long, which means he’s the least honest on December 21st.

Jack is deeply respectful of his wife Carolyn, and scorns fads and fancies. He cuts through the crap. He is everyone’s friend and confidant, because he is very tolerant. With friends like he has, he has to be.

Despite owning an entire house it’s been said that Jack spends so much time building models in his basement that he hasn’t seen his own living room in years. This makes Carolyn happy. 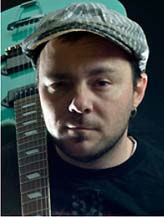 He is the guy that shoots around our shop like he’s been knocking down Dexatrim with his morning coffee.  He’s the “guy” in charge of the other “guys”… in other words when metal has to be cast, wood has to be cut, or kits have to be assembled his is the name that strikes fear in the hearts of the other Bar Mills employees.

With the agility & height of a Keebler elf Lenny is the guy who personally oversees the packaging of every Bar Mills kit that leaves here… yup, he’s the guy that has mastered putting the right stuff in the wrong box.  Lenny would have been a great mailman. 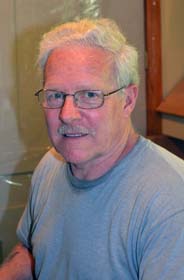 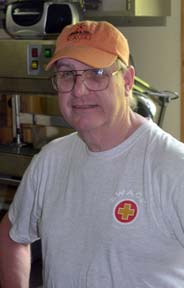 These are the two minions that keep things interesting at the shop. Bruce is often asked what he did today at work… his answer… “I showed up !”…. hmmm. Bruce was always taught to respect his elders, unfortunately at his age he’s got no one left to respect. Roger is no better and describes himself as so old that Lincoln used to take off on HIS birthday. That’s old.

Both Bruce & Roger are “old men” trapped in “even older mens” bodies. Both are native Mainers and pretend to understand Art when he speaks about something intelligent… (although this is just a theory as Art rarely speaks of anything intelligent). You would think that with a combined age of 125+ years that they might possess some kind of legendary or mystical “wisdom”… you would think.